“You’re cooking a lot lately,” my husband said recently on one of the below-zero days that has defined our Minnesota winter. Actually, I have not been spending more time than usual in the kitchen. He is just reaping fewer of the rewards.

A plastic tub of banana muffins made with honey, oatmeal and mini-chocolate chips went to Mary, whose father died at 93. We delivered sweet potatoes with ginger and orange juice to Karen, after her third surgery for a detached retina appeared to be successful. (She had reminded me that “orange vegetables” are good for eyes.) 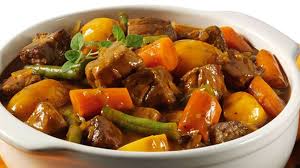 Earlier we had brought her a calories-be-damned comfort meal of beef stew adapted from my mother’s ’60s-era recipe and soft spoonbread full of oil and cheese.

It is both a sign and a symptom of my sixty-something stage of life that homemade food is the essential gift to nourish friendship. Parents’ funerals have replaced weddings as the defining ritual of our age. Health has become less an assumption and a birthright than a blessing that can vanish in a flash.

My own mother died in September 2015. The spontaneous gifts of food from friends and colleagues meant so much that I noted them in my eulogy:

When my father, a more conventional Christian, died last October, the women of the church served up a meal of tuna hot dish, fresh fruit and slabs of cake on paper plates. The United Methodist Men’s group that he attended for years was not in evidence.

Neither did any male friends bring gifts of food when my parents died. Cooking as a tasty and tangible sign of caring remains a feminine ritual among us aging feminists.

I was a 34-year-old career woman who out-earned her husband and hadn’t yet decided whether to have a second child when Hillary Rodham Clinton made her infamous, on-camera remark about not having “stayed home to bake cookies and have teas.”

Clinton was an emerging hero to feminists of my age and ilk, middle-class white women whose mothers had forsaken any dream of paid careers to be homemakers and helpmates to their husbands. Today’s cultural commentators would call us “privileged,” and we were, but not for the reasons they might claim. We were the first generation of our race and class to have choices: about work, about reproduction, about marriage. About all of it. 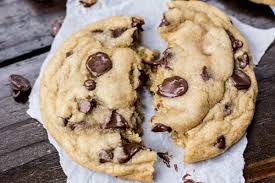 “Hillary was a revolutionary,” I told my younger son in 2016 when he caucused for Bernie Sanders. “You might not see it now, but for a woman then to be a lawyer and wear suits and keep her name and have only one child was remarkable.”

I am grateful, at 60, to recognize that “women’s rights” takes many forms and that feminism, at its core, means having the freedom and opportunity to be whomever you want to be. I practice some of the feminine domestic arts out of necessity. Preparing meals is cheaper and more healthful than eating out. Knitting is relaxing and can carry me through a multi-segment Ken Burns documentary. Cotton pants and blouses require ironing to look professional.

Cooking for others? That is a true gift of the heart and a legacy of yesteryear’s “church ladies” that I eagerly uphold. I keep the refrigerator and pantry stocked for my sons when they drop by. I relish cooking dinner during my brother’s annual Christmas visit. I am the first to volunteer to host potlucks for friends and neighbors.

“I’m just someone who likes cooking and for whom sharing food is a form of expression,” says no less an accomplished woman than Maya Angelou.

Who knew that the future of our democracy came down to baking cookies? Had Hillary recognized  the domestic arts as no threat to her independence, she may have softened her divisive qualities and sharp-edged reputation. We could have had a different president.

3 thoughts on “Cooking for funerals and other feminine arts”